Big Bash League always comes with some changes that players need to amid and this year, the BBL draft is something that is new for many players. Well, the Big Bash is going to start very soon and things will be clear to you.

Earlier, there was no draft system for any player. Till the Big Bas 11th Season, the clubs contact directly to the players or their agents but now things are quite different. It is a new thing for many users but these things plays a huge role for clubs to make their team stronger. Every club wants the best players in their team and they will put more efforts to get the best players. Here is something we will see the competition. So if you want to know more about BBL Drafts then just stay with us in this article. 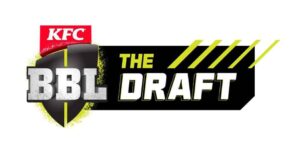 Now as in Big Bash League 12th season, the players who want to play have to add their name in the draft where they will get four salary band options. The feature of draft is mainly stated because of a lot of competition of other global leagues. This draft also increase the salary amount of the players and they will get attract towards it.

The four salary bands they can choose for them are platinum, silver, gold, and bronze. At present, 12 players are allowed for the draft list and they will get more salary amount this year as per their selection of the salary band. There will be some new things that we will watch this year in Big Bash League, so just get ready and adjust your schedules accordingly.

So we have provided every single information about BBL Draft 2022 players, now you will have better understanding of it. People are very excited for the new season because of some shuffles. So, just wait till then and get ready to experience some live action on Australian pitches.

What is new with Big Bash Draft?

Ans. Earlier, the clubs have to contact to the players or their agents directly but now in the draft, the players have to choose the level from available four levels. They will be placed in different salary bands and have to make themselves worthy.

Ans. The winner of Big Bash 2021-22 is Perth Scorchers, this is the fourth title they got this year, which makes them the best team of the Big Bash League.

Where was the final of Big Bash 11th season played?

Ans. The final of the Big Bass League season 11 was played in the Marvel stadium in Melbourne. The stadium is beautiful and fully maintained by the Cricket Australia. Perth Scorchers have won that final match against Sydney Sixers by 79 runs, which is massive win for them.